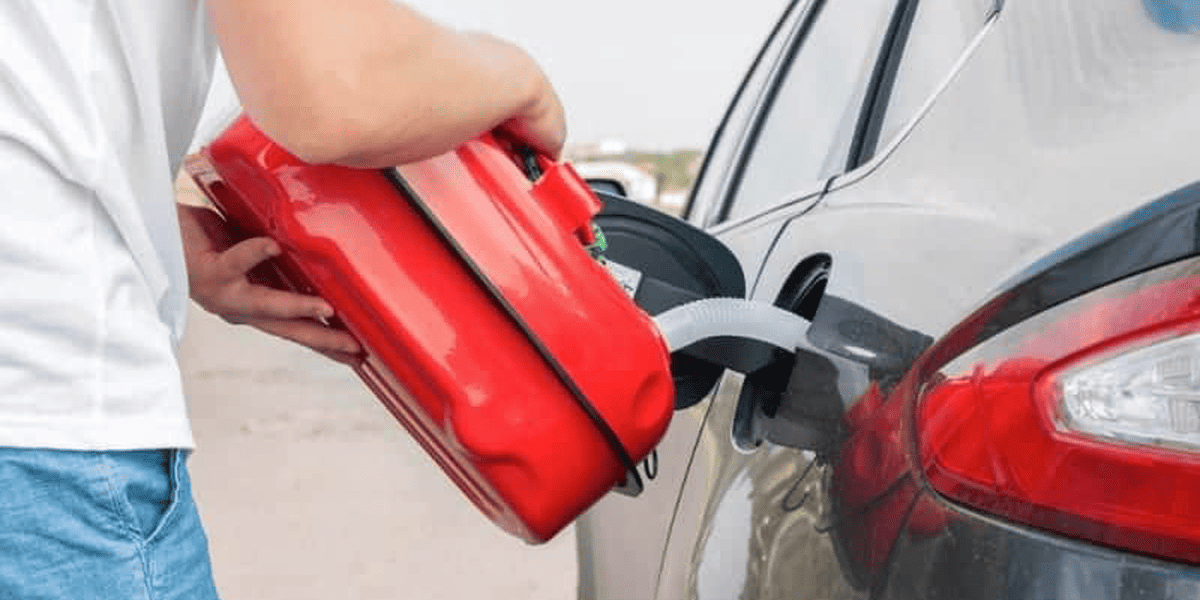 Gas prices are always increasing, and one way to save money is to carry less than you need in your vehicle. In addition, carrying too much fuel on a boat could cause weight implications with the maximum weight allowed. So, it helps to know the number of pounds per gallon of gasoline.

Once you know how much gasoline weighs approximately, you can ensure you purchase the appropriate gallons of gas without creating a huge dent in your wallet. As a quick example, the weight of gasoline per gallon is around six pounds, which is slightly over two pounds less than a gallon of heavier water.

Depending on the gas type and additives included, the 1-gallon gasoline weight could vary as many liquids. In our guide, you can learn other factors of why the stuff in your fuel tank can weigh heavier than you think. (Learn How To Open Car Door With Tennis Ball) 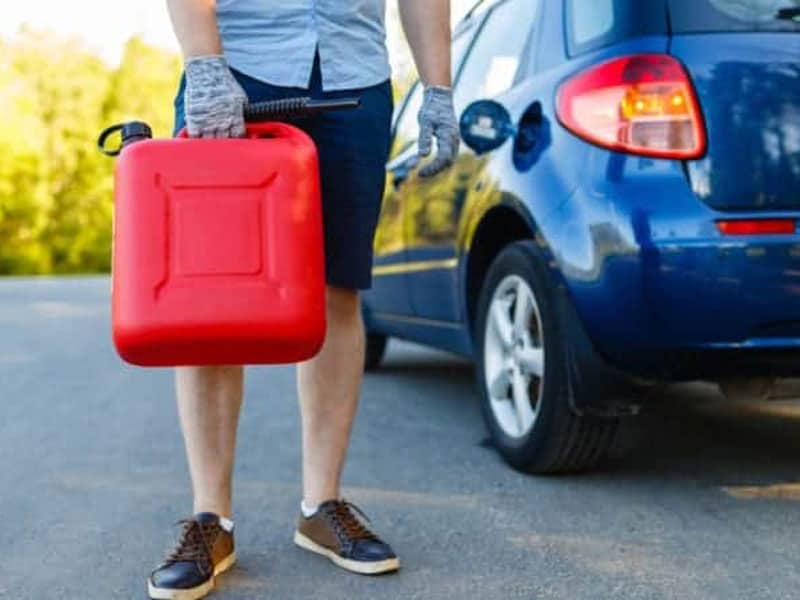 Why It’s Important To Know How Much Gasoline Weighs?

Here you can learn why it is crucial to understand the weight of any fuel.

Knowing how much fuel weighs is crucial, even if 6 pounds of weight per gallon doesn’t seem too heavy. It can, however, mount up when you are hauling many gallons.

Every pound of weight counts when loading vehicles that could be on the verge of overload, and fuel should never be ignored in the calculation.

How Much Does Gas Weigh?

This is a question that everyone needs to respond to, regardless of whether you are an expert boater or a complete novice. A U.S. gallon of gas weighs 6.1 pounds, but an imperial gallon weighs 7.2 pounds, according to the Science and Technology Desk Reference.

Here are a few things to keep in mind to help you understand how much that is:

1. One Gallon of Gas is lighter Than 1 Gallon of Water.

Water weighs 8.4 pounds less than gas. So the reason why gas floats on water is due to the more than two-pound difference.

2. Diesel is Heaver Than Gasoline.

Diesel weighs about 7.1 pounds per gallon. Because of its larger molecules and higher density, there is a 1-pound difference in gas weight. It has much higher autoignition temperatures and flash points.

Because diesel fuel is often used only by boats longer than 45 feet, the engines are typically bigger and heavier.

To make it even easier for you to measure, picture these few easy illustrations:

What’s the Difference between UK Imperial vs. US Gallon Gas Weight 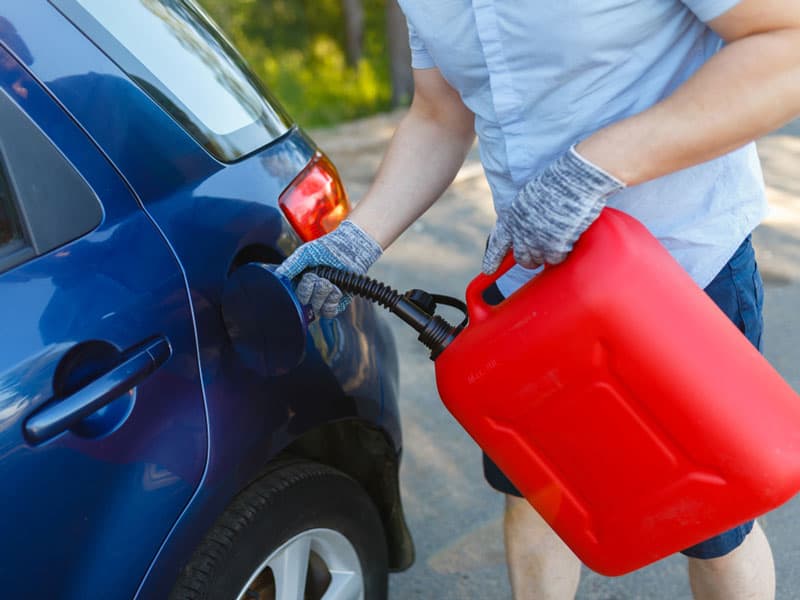 How Much Will 5 Gallons of Gas Weigh?

A gallon of gasoline weighs approximately six pounds. Hence 5 gallons weigh 30 pounds. So naturally, this adds weight to your vehicle since a full tank can hold 15 to 20 gallons of gas.

This amount of gas that fits inside a regular gas can be found at convenience stores and gas stations. Red plastic containers hold 5 gallons of fuel for emergencies. If you fill them with five gallons of gasoline, you’ll have a clearer idea they are heavy as 30 pounds. (Read What Does OBS Truck Mean)

What Do 20 Gallons of Gas Weigh?

A 20-gallon tank holds 120 pounds of gasoline. Compared to smaller vehicles with 15 or fewer gallons in a fuel tank, this is a bit. Six pounds per gallon is a lot of weight for a full gas tank.

This much gas is usually only in your car’s tank. But unfortunately, it’s the size of a gas tank in many vehicles.

How Much Do 16oz of Gas Weigh?

Six ounces of gasoline weigh approximately one pound. This is an average for most types of gasoline. However, there may be some variations, such as unleaded gasoline.

What Happens if Gasoline is Mixed with Water?

Water and the ecosystem are both negatively impacted by gasoline mixed with them and the water itself. However, there wouldn’t be a response if gasoline and water were mixed in a container when they weren’t meant for each other.

It’s possible that extremely minute amounts of water in the gasoline used to power your vehicle or other machines won’t cause any issues. This might naturally occur as you’re operating the vehicle, for instance. However, more than a cup could damage a vehicle if mixed into the fuel tank.

Gasoline that enters waterways can seriously damage the water source. This applies to the nearby plants and animals, as well as the water that we drink. (Learn How To Make A Wheel Car Dolly)

Does the Weight of Gas Change Depend on the Weather?

Gasoline weight does certainly change with temperature, yes. Gasoline loses density in cold weather because it contracts and expands more than in warm weather. When the temperature lowers, the density of the gasoline increases

The difference may not be significant—about 0.06 pounds per gallon at 60 degrees Fahrenheit—but if you’re not careful, it could affect your gas mileage.

How Much Does Gasoline Weigh per Gallon?

Per gallon, gasoline weighs around six pounds. Because the precise weight varies on the temperature and the type of gasoline, this is only a general estimate. Whether the gasoline is combined with other liquids, such as ethanol, will make them weigh differently rather than the same exact weight.

Can You Pump Gas With The Car On? 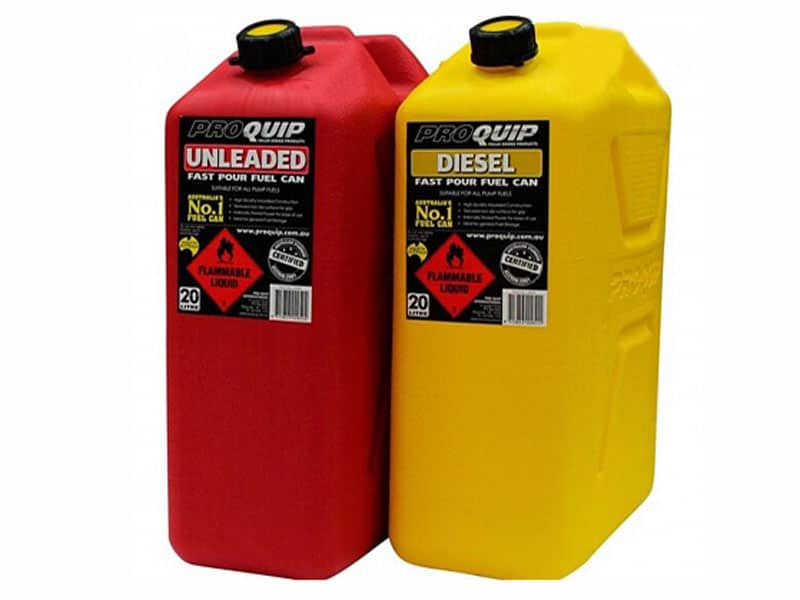 Is There a Difference in Weight Between Diesel and Gas?

Yes, there is a very little weight difference. Unleaded gasoline weighs about six pounds per gallon, and diesel weighs about 0.82 pounds.

This is because the two materials have different densities. Because diesel fuel has more carbon atoms than gasoline, it is often denser than gasoline.

What Are the Consequences of Carrying Extra Weight in Your Gas
Tank?

Carrying extra weight to your gas tank might have several negative effects. The engine of your car may first be strained, resulting in poor fuel efficiency and higher wear and tear.

It may affect your insurance costs and make your car harder to control. Lastly, carrying additional weight could cause serious damage to your car in an accident.

What Is the Difference Between Crude Oil and Gasoline?

An underground natural resource called crude oil can be found. However, it is a non-renewable resource, so it cannot be replenished once used. Gasoline can only be made from refined crude oil. Crude oil is the source of the hydrocarbons that make up gasoline. (Read Gasoline Color Guide)

How Much Does a Gallon of Gasoline Weigh? 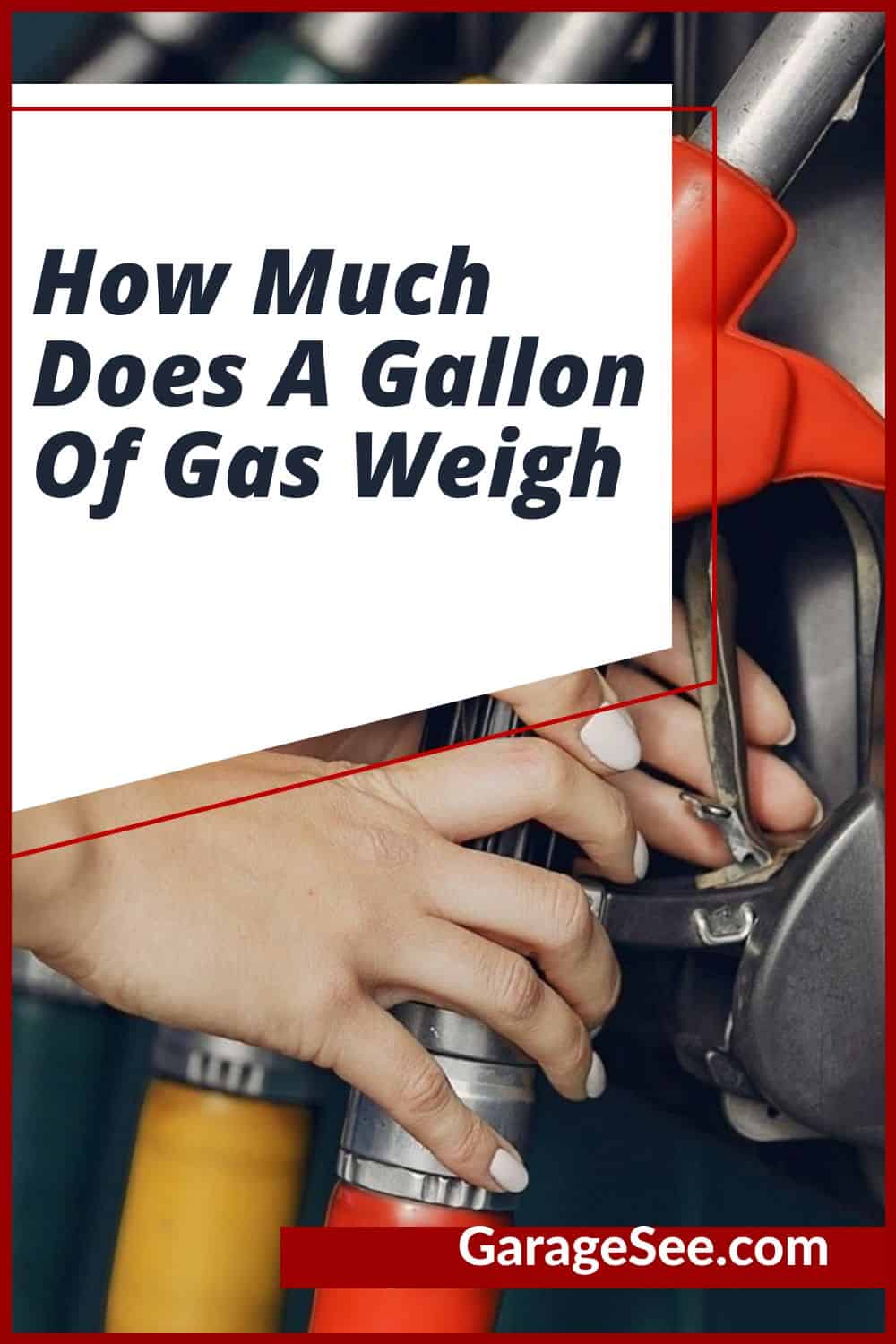